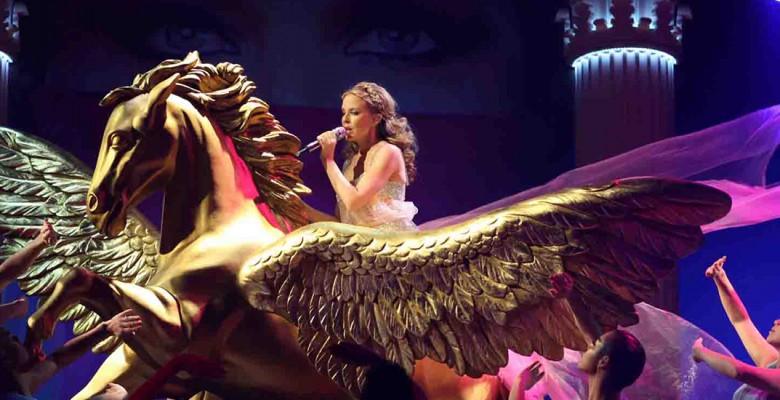 British production company, Blink TV, established itself at the forefront of the 3D revolution this year with three ambitious and highly successful 3D productions as a preferred production partner for Sky UK’s 3D programming.

The Aphrodite-Les Folies show delighted concert-goers across the globe with its elaborate costumes from Dolce & Gabbana and a heart-shaped stage with more than a million moving parts, which enabled Kylie’s dancers to float above the audience.

The 90-minute programme features Kylie performing favourites including Can’t Get You Out Of My Head, Better The Devil You Know, Slow and All The Lovers as well as multiple costume changes and a finale involving 30 fountains projecting water 30 metres into the air.

Blink TV is handling all international TV distribution for the show, which is available in HD and 3D, on behalf of EMI and Kylie’s management team.

Kylie said “I’m so proud of this tour. Everyone has pulled out the stops to give my fans a truly unique concert experience. So I’m excited we have been able to use the power of 3D TV to give audiences at home the chance to get a front row experience.”

John Cassy, Channel Director of Sky 3D, said: ‘If ever a show was made for 3D it is Aphrodite-Les Folies. From the costumes to the choreographer and the fountains to the flying angel, Kylie has excelled herself. Fans of Kylie are in for a treat – it will feel as if the concert is taking place in their living rooms!’