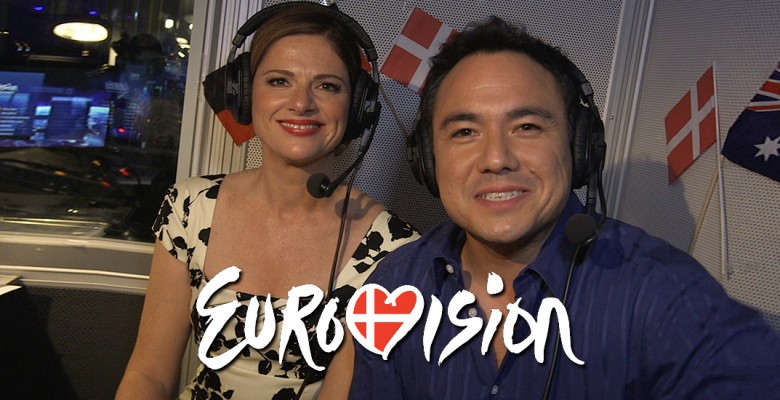 SBS’s coverage of the Eurovision Song Contest 2014 from Copenhagen

Blink TV has been covering Eurovision since 2009. Commisioned by SBS Television Australia, with popular TV presenters, Julia Zemiro and Sam Pang, Blink TV has provided host coverage of the event for Australian television, behind the scenes footage, interviews and on location shoots around the host countries, as well as all post production and international feeds back to the broadcaster.

Behind the scenes at Eurovision with Julia Zemiro and Sam Pang 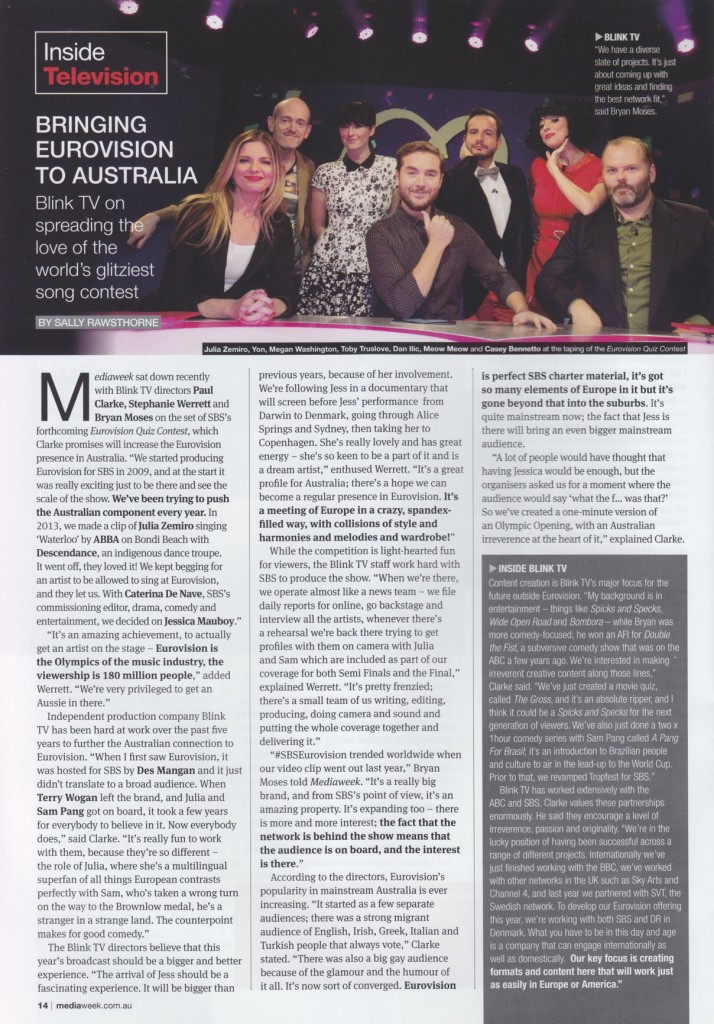