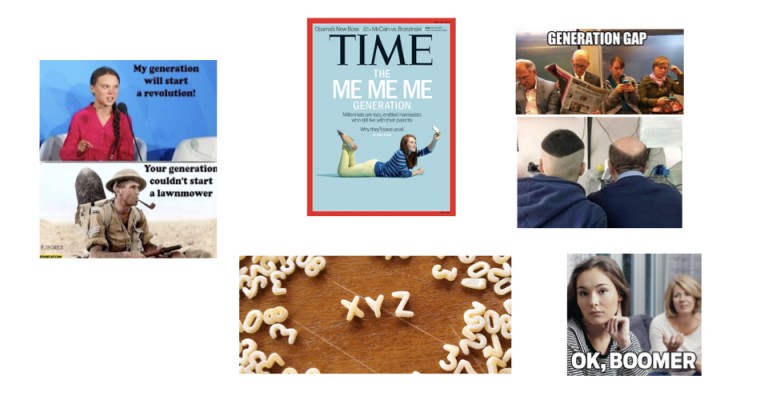 This exciting new series is a battle of the generations – from Baby Boomers to Gen Z – asking Australian celebrities ‘Which generation had it best?’

Not so long ago… avocados weren’t something we smashed, the Amazon was still just a river in South America, and posting social media meant putting a piece of paper on a notice board.

A lot has changed – from the way we dress, to the way we make friends, how we’re entertained, how we work, and what we’re allowed to laugh at. It’s hard to know a Tik Tok from a Tic Tac, and don’t get us started on childhood – sure it’s much safer now, but geez those fireworks were a blast!

So, is life really getting better, or should some things from the past be reinstated?

Combining archive footage and interviews with Australian celebrities, four great generations – the Boomers, Gen X, Gen Y and Gen Z – are pitted against each other to discover what makes their generation the best. After all, was life really better when sex education came via a nun handing out pamphlets? Are kids today better for having helicopter parents and non-stop after-school tuition? And has the nanny state got the Aussie larrikin in a squirrel grip?

Featuring some of our greatest opinion makers and comedians, the series will dive in and ask which generation can lay claim to being the Sexiest, the Toughest, the Biggest Rebels… and even which generation had the best childhood?