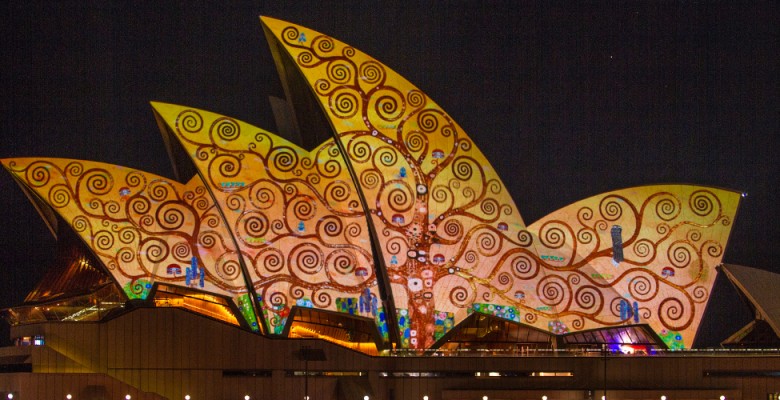 Visions of Vienna on SBS ONE – Monday 25th May, 1pm

On Wednes­day 4 February 2015, the Sydney Symphony Orchestra’s performance of the “Greatest Hits from Vienna” was broadcast live onto the sails of the Sydney Opera House – a first for an Australian professional ensemble. With live sound and the projected performance, the public across the harbor enjoyed the music – as well as those on passing ferries! In addition to projections of the concert, you could also enjoy dramatic artwork and stunning vistas of Vienna.

Blink was briefed to produce a one hour TV special for SBS Australia, along with content for the Vienna Tourist Board. Blink worked with the Opera House’s team, as well as providing crews to shoot behind the scenes, and capture public reactions.

Learn more about the concert at Vienna Tourism’s website