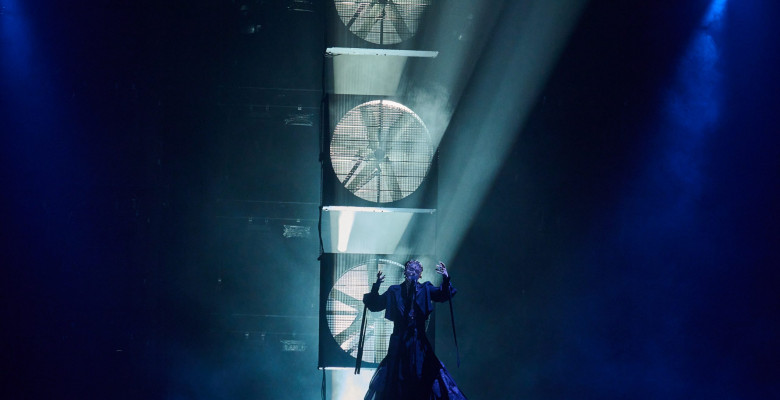 Sheldon Riley has been crowned the winner of Eurovision – Australia Decides during the Live TV Final on SBS on Saturday 26 February.

The 22-year-old avant-garde performance artist took to the stage to perform his song Not The Same alongside some of Australia’s biggest names in music. The scores of the viewing public and jury were combined for the official results.

After winning over the Australian public with 50 points and a jury of industry experts with 50 points, an impressive 100 points overall, Sheldon Riley has been selected to represent Australia at the Eurovision Song Contest to be held in Turin, Italy, and broadcast live and exclusive on SBS in May 2022.

In a nail-biting finish, Perth’s metal quintet Voyager took out second place with 97 points overall leading the public vote with their songDreamer, while Jaguar Jonze came in third place with Little Fires with 91 points overall.

Sheldon Riley said: “I’m speechless, this is everything I have worked for and dreamed of since I can remember. I am so incredibly honoured to represent Australia on the biggest stage in the world. I have said this a few times throughout this Aus Decides experience that people will choose different when given the chance to see it. Thank you for giving me my chance to prove that”.

SBS Head of Entertainment Emily Griggs said: “Eurovision – Australia Decides 2022 had a wonderful sense of camaraderie among the artists but onstage, competition was fierce. With such an impressive line-up there was no clear winner which was exciting. I am thrilled that Sheldon Riley will be heading to Turino in May. His performance was mesmerising and his passion for Eurovision is undeniable. I can’t wait to see Sheldon continue on the road to Italy.”

Creative Director of Eurovision – Australia Decides and Director of Blink TV Paul Clarke said: “Sheldon has worked so hard to create this song and staging, and he will shine as the original artist he is on the biggest musical stage of all.”

2022 Eurovision – Australia Decides Jury Member and Singer-Songwriter Darren Hayes said: “Congratulations Sheldon Riley! Not The Same perfectly captures the feeling of being different, something I related to in my own life and I’m sure many other fans throughout Europe will connect with too. Married with his incredible vocal and dramatic performance, Europe will be floored by him. All the best in Turin, Sheldon!”

Gold Coast Mayor Tom Tate said: “From the Gold Coast to Italy – what an incredible journey. I’m so proud our city hosted Eurovision – Australia Decides and wish our finalist success when Eurovision concludes in Turin in May. Go Australia.”

The producers wish to express their thanks to all the partners for a wonderful event – Tourism and Events Queensland, Major Events Gold Coast, Screen Queensland, APRA AMCOS, TikTok, the official artist accommodation partner Dorsett Gold Coast and Moroccanoil who supported the event with hair styling.

And thank you to the audience who braved torrential conditions to be part of the show.