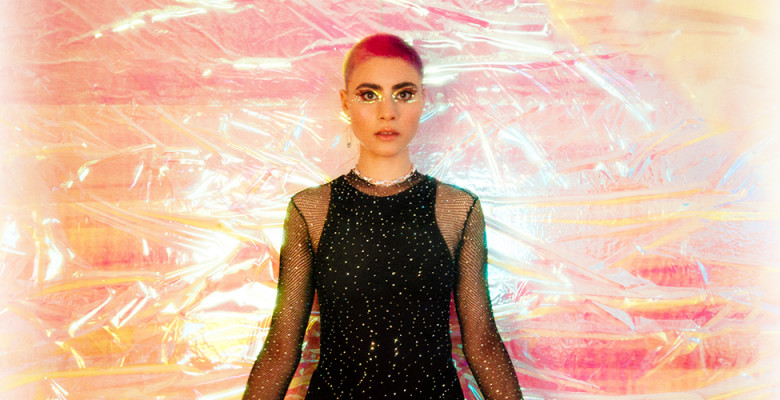 2021 Eurovision contestant and ARIA Award-winning art-pop songwriter, Montaigne, has had the internet buzzing this week as teasers of her brand new Eurovision song spread like wildfire.

Released globally tomorrow, Montaigne will sing the uplifting and powerful anthem Technicolour at the 2021 Eurovision Song Contest, to be held in Rotterdam, the Netherlands, and broadcast exclusively on SBS from 19 to 23 May.

Listen to a teaser of Technicolour here.

Listen to the entire song on Friday here.

Montaigne will light up the Sydney Cricket Ground with her first ever performance of Technicolour at the 2021 Sydney Gay and Lesbian Mardi Gras on Saturday night which will be streamed internationally on SBS On Demand. As the official broadcast partner, SBS is proud to bring to life the colour and magic of the event live and exclusively.

Sure to make waves at Eurovision, Technicolour will allow Montaigne to showcase her powerhouse vocals and electric energy.

SBS Commissioning Editor and Australian Head of Delegation Josh Martin said: “We love this song! SBS has always celebrated the technicolour nature of Australia and the world, and Montaigne has written an anthem that encapsulates all that we stand for as a broadcaster and a country. Where better to premiere it, than one of the world’s most loved Pride events – the Sydney Gay and Lesbian Mardi Gras! The song is positive, purposeful – and let’s face it – fun! It will be right at home at the world’s largest, inclusive technicolour song contest where, to borrow a line from the chorus – ‘if we stand together, we can do whatever’.”

Creative Director of Eurovision – Australia Decides and Director of Blink TV Paul Clarke said: “Technicolour begins by addressing the universal and personal challenges of the pandemic, then it empowers you to be a superhero and rise above. It’s all done with Montaigne’s cheeky sense of humour, at once vulnerable and kinda fierce. I’m expecting some deep and moving music this year at Eurovision, but we are flicking the switch to empowerment with Montaigne and turning the volume right up.”

The 2021 Sydney Gay and Lesbian Mardi Gras is available to stream live and free on Saturday 6 March at 6pm AEDT on SBS On Demand (geo-block removed for viewers internationally), or tune in for the full parade on SBS and NITV at 7:30pm AEDT.

Follow the conversation on SBS Australia social #MardiGras2021 and #WeRiseFor and via sbs.com.au/topics/pride/mardigras