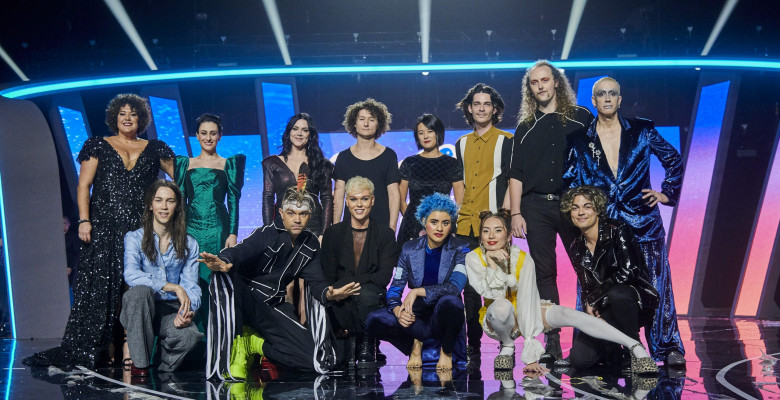 Songwriters have less than one week left to submit an original composition as part of the Eurovision – Australia Decides 2022 selection process via sbs.com.au/eurovision. The song portal, supported by APRA AMCOS, which represents over 100,000 Australasian songwriters, composers and music publishers, will close on Sunday 26 September at 23:59pm AEST.

There are no restrictions on the number of songs composers and songwriters, both published and unpublished, can submit.

Songs will be shortlisted and announced later this year, along with the ten Australian artists set to compete for their shot to represent Australia on the world’s biggest stage. Then it’s up to the Australian public and a Jury to decide who will take the stage at the 66th Eurovision Song Contest to compete for Eurovision glory.

Creative Director of Eurovision – Australia Decides, Paul Clarke said: “We are delighted that we’ve already received a few hundred songs, and we’re expecting just as many for the final week. We’ve started to work with some of the songwriters to place songs with some very exciting artists. Please keep the songs coming in!”

In association with the Queensland Government via Tourism and Events Queensland, Major Events Gold Coast, and Screen Queensland, Eurovision – Australia Decides will be presented at the Gold Coast Convention and Exhibition Centre on Friday 25 and Saturday 26 February.

Hosted by radio host and music buff Myf Warhurst, and comedian Joel Creasey, Eurovision – Australia Decides will showcase the best of Australian music. Audiences are encouraged to vote for their favourite acts and the winner will be revealed during the Live TV Final broadcast live and exclusively on SBS on Saturday 26 February.

To submit a song or for more information on Eurovision – Australia Decides: sbs.com.au/Eurovision

Information about tickets to the Opening Night Show, Matinee Show and Live TV Final will be available soon.