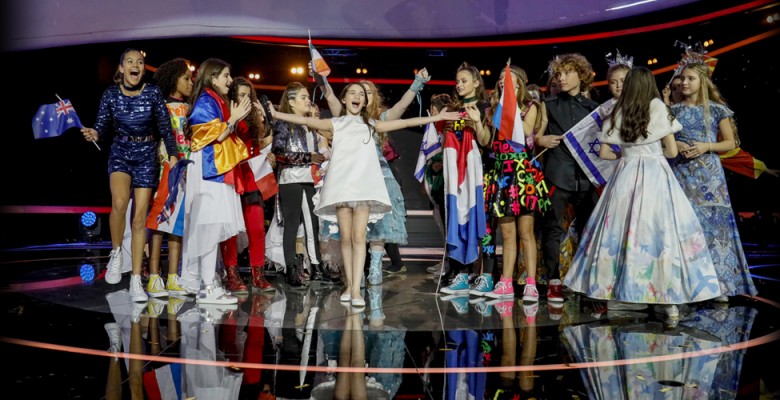 Georgia won the 2016 Junior Eurovision with 239 points. Mariam Mamadashvili was declared the winner at the event in Valletta, Malta with her song Mzeo which means Sun. It is the third time that Georgia has won the competition, setting a new record for Junior Eurovision. In fifth place was 12 year-old Australian performer Alexa Curtis.

Brisbane’s Alexa Curtis represented Australia, performing her song We Are. The 12 year-old Curtis has a love for music and dance, starting with contemporary and jazz dancing at just 5 years-old. Without any formal training, at age 10 Curtis won The Voice Kids in 2014 with Delta Goodrem as her mentor. She has been signed to Universal Music Australia.

SBS Managing Director Michael Ebeid said: “SBS is extremely proud of Alexa. Her stellar performance on stage overnight certainly captured the attention of Europe to put her into fifth place – we congratulate her for being a fantastic representative of Australia both on and off the stage during her time at the Junior Eurovision contest in Malta.”

Australia came in fifth position behind Russia, with both nations tied on 202 points. As per the voting rules, the country with most points from the kids jury ranks higher in a tie situation, which is why Australia ranked 5th and not 4th.

This is the second year Australia has competed in Junior Eurovision, last year 14 year old Bella Paige competed for Australia and finished in 8th place.