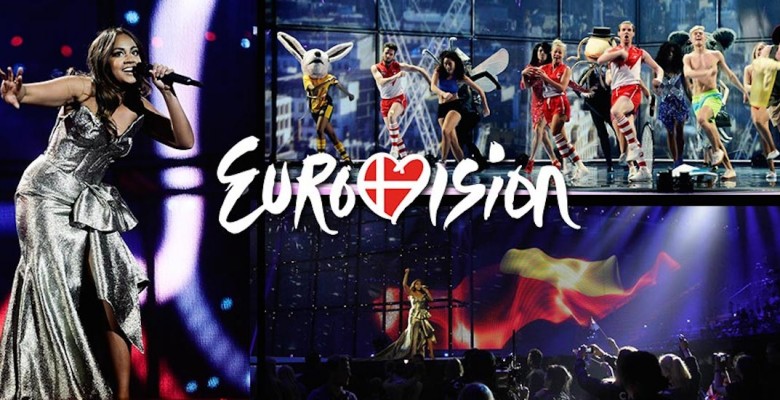 Not only does Blink TV produce the Australian Coverage of Eurovision each year with hosts Julia Zemiro and Sam Pang, this year we took it a little bit further…

Australia loves Eurovision so much that Blink TV & SBS took the Eurovision 2014 theme #JoinUs literally, and played a central role in the second Semi-Final on Thursday the 8th of May.

Every year, when the Eurovision Song Contest is broadcast on screens all over Europe, it is also watched enthusiastically in Australia. They have been doing this since ABBA won in 1974. Now the Land Down Under is being rewarded by DR: ”Australia is going to take part in the second Semi-Final. They have asked several times if they can take part, because they love the Eurovision Song Contest so much. So this year we have given them permission to take to the stage and show us what they can do”, explains Mikkel Bech, editorial boss for this year’s edition in Copenhagen.

In essence, this means that Australia – who has produced acts including Kylie Minogue, Nick Cave and Olivia Newton-John – has said yes to producing the entertainment just before we find out the results of the second Semi-Final at the Eurovision Song Contest on the 8th of May. And there will certainly be something to look forward to, when the Australians take to the stage as the so-called Interval Act, promises Mikkel Bech: ”They will come up here with a huge display of all possible senses that represent what Australia is. They are going to work visually with what Europe means to them and what Australia means to us in Europe, so it is going to be big and spectacular – and it is going to involve a lot of humour”.

Australia loves the grandeur of Eurovision

Mikkel Bech travelled to Australia to meet with the people at TV station SBS, who are responsible for Australia’s act during the second Semi-Final, and here he had the opportunity to ask why they love Europe’s favourite TV show so much. ”The Australians love the grandeur of the Eurovision Song Contest and what they themselves describe as the somewhat kitschy element to it, but people down there take it very seriously, and there are many people who watch it. It is a big deal for them” ”Also, many of them have European blood flowing through their veins, so for them it is also a connection to their roots in Europe. I believe that many Australians in one way or another have Europe in them, and many people can related to the show”, says Mikkel Bech. In addition, SBS is the Australian broadcaster that broadcasts the Eurovision Song Contest shows every year to Australian viewers, a little after Europe because of the time difference.

Behind the scenes of Australia’s Interval Act at Eurovision 2014