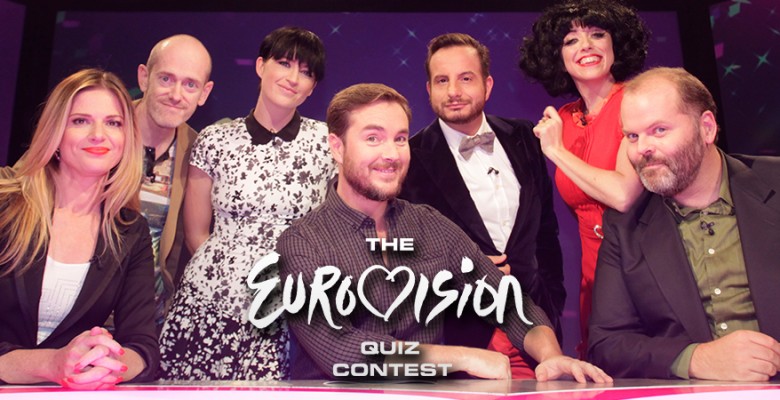 Monday May 5 – Friday May 9, 8pm on SBS 2
Eurovision – it is one word that conjures up nations doing battle with big hair, satin and spandex, and some questionable key changes.

From Russian grannies, monster mask wearing Finish rockers, to ridiculously big haired identical Irish twins, and the brilliant ABBA there is no denying Eurovision is the perfect fodder for a comedy quiz show. This year in preparation of the 2014 song contest SBS has commissioned a five part quiz show to celebrate Australia’s love affair with the world’s biggest song festival.

The Eurovision Quiz 2014 will be hosted by Toby Truslove (The Slide Show), with Julia Zemiro (RocKwiz) and Casey Bennetto (Keating, the musical) as team captains with some hilarious ‘live crosses’ to our Eastern European Eurovision Correspondent Bronya (who bears a strong resemblance to Julia).

The quiz will run from Monday May 5 to Friday May 9 on SBS 2 at 8pm and will be a smorgasbord of flashbacks and games as they trawl through the Eurovision archives to test Julia, Casey and their teams of celebrity guests on some of Eurovision’s greatest and most memorable costumes, songs, and performances.

The quiz is created and written by Paul Clarke (Spicks and Specks) and Bryan Moses (Double the Fist) and produced by Blink TV for SBS.

Behind the scenes at the Eurovision Quiz Contesnt